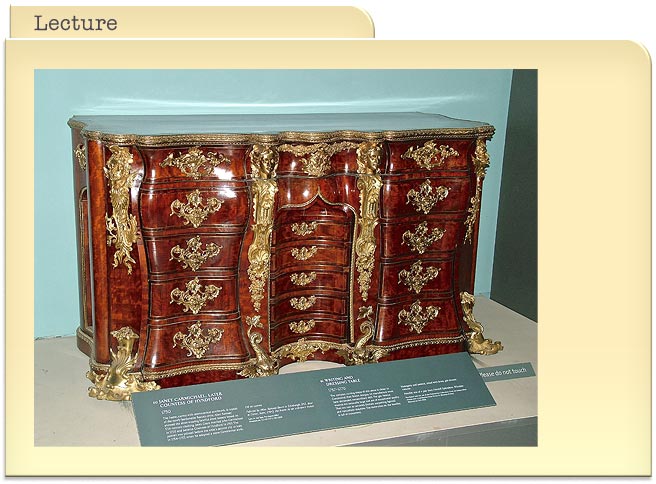 Gilding has long been used to emphasise the other-worldliness of important furniture and by the mid 18th century gilded bronze (‘ormolu’) and brass provided dazzling and fabulous enrichments to exceptionally well made cabinet furniture from the workshops of John Channon (1711-1779) and his contemporaries; much of it of a “Grandiloquent architectural character” (C.Gilbert). Gilding could also be used to add a touch of imperial splendour to decoration, as is evidenced in the French Empire and English Regency styles of the early 19th Century.  The lecture will draw on English and continental examples –including those of St Petersburg and will consider the symbolic use of gilt ornamentation as an expression of power.